Hello! Thanks for clicking “ABOUT”! I’m flattered that you want to know more about me and what I represent.

As time went on, I felt that something wasn’t “right”. The rules, the hypocracy and the “hate speech” disguised as sermons, bothered me greatly. The “love the sinner, hate the sin” was a lie. They didn’t allow divorced women to lead groups, they didn’t allow openly gay people to participate in on-stage productions, if you didn’t “follow the rules and had questions”, you were ignored. All the volunteers were  taken advantage of for all the hours that we put in. We were shamed for saying “no”.

That’s when I knew I had to get out. Once I “got out”, I saw the truth from a distance. I saw sheep jumping off a cliff following the “leader sheep”. It’s as if my eyes were opened and I saw the abuse from a distance and I was thankful.

That was in 2010. Since then I questioned everything. I learned and went within MYSELF to find the answers and they were waiting for me with affection and love, not judgement and shame.

I’ve always had intuitive abilities, however, they were supressed by “you can’t do that, you’ll go to hell!”. However, the ones who “spoke in tongues, gave a word of prediction, discerned and could see dark spirits, those who could see angels” were all elevated to a level of leadership!

So, for the past 11 years I have reclaimed my abilities and began practicing again. Once I re-opened the door to myself, the universe opened it’s arms to show me all that I missed for the past 10 years.  I discovered tools that would help me help OTHERS with NO JUDGEMENT. Just love and support. We are all hurting in some way and this was my way of helping people discover what is already inside of them.

We ALL have intuitive abilities, but growing up, (at least some of us, if not most of us had this experience if you are my age..I am 52 at the writing of this bio) were not taught how to use them, but were advised to keep it a secret and don’t tell anyone. Or, everyone thought we were just nuts and being ridiculous.

MY MISSION
I am now a lifelong student of the Divine. The TRUE divine, not who the church defines as the  “Divine”. My mission is to enlighten and teach others that, they too, have the abilities that I have. They are not a gift to be given only to a few. We ALL have these abilities within us. We just need a guide to help us discover everything within ourselves, and the truths that we already “know”.

THEREFORE, I am a practitioner of  the “Art of Knowing”! 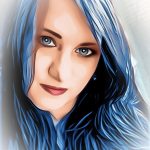